Language is “the socially shared code that uses a conventional system of arbitrary symbols to represent ideas about the world that are meaningful to other that know the same code.”  Language, without a doubt, is one of the most remarkable capacities of the human race. It is what makes us human and unique from any other species in the world. What would the world be like without language? That question is completely hard to wrap my mind around. We might try imagining a world without language, but, of course, we would be doing that with language itself. For those who have acquired language, the fact of the matter is that it is quite difficult trying to imagine a world without it. In Spain, Spanish is the official language, however four other regional specific, co-official languages are spoken.

Nearly everyone in Spain speaks Spanish, the romantic language, as either their first or second language. There are about 10 different Spanish dialects in Spain. The other four co-official languages include: Galician, Aranese, Euskera, and Catalian. These co-official languages are very prominent in their respective communities, and are widespread enough to have daily newspapers, and significant book publishing and media presence in those communities. In regional governments and local administrations, the Catalan and Galician languages are mainly used used in Catalalonia and Galicia. Also, in Spain, they have certain colloquialisms that are exclusive to the Spanish region. For example, if someone was annoyed by another person, in Spanish they would say the person is “giving them the can.” Also, the word normally used for “pasta” in most Spanish-speaking countries means “money” in Spain. This goes to show you that, indeed, “there is nothing new under the sun” (an American colloquialism), and  that language is arbitrary.

Language helps to develop ideas and expressions, and it breathes life into our world. It is unique and constantly changing. Although people from a certain country or region might speak the same language, they still may have a hard time understanding a person from a region that is different from their own. Someone from the northern part of the United States may call soda, “pop,” whereas someone from the southern part of the United States may call soda, “coke” or “cold drink.” Language can be quite ambiguous at times, but that factor keeps things interesting, indeed. 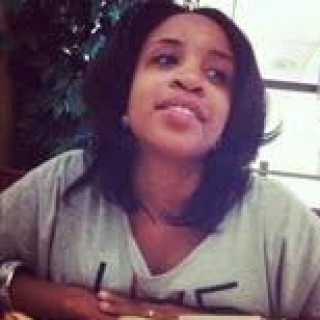 I am a student at Murray State University studying Speech-Language Pathology and minoring in Spanish. I am driven to succeed, I love to learn, I am passionate about helping others, and I love spending time with family and friends! Welcome to my world.